Last week we saw the feminist who-happens-to-be-white, Emma Stone, at the Oscars trying to Make A Point whilst seemingly gliding past the Bleeding Obvious of the ethnic minority men staring up at her.

And this side of the pond, the flexible working urban activist and social media supremo Anna Whitehouse of @mother_pukka fame found herself rather uncomfortable in a ‘Very White’ Hello magazine cover then backing out of that same judging panel.

Both had been using their platforms to battle their chosen monsters: feminism and the lack of flexible working for parents. With the foghorn of A-list celebrity and social media followings perhaps, as Anna Whitehouse admitted, they needed to look around a bit before they leapt unto the breach.

And here’s the rub: gender equality in all its guises is the Hydra of causes. If we are going to brandish our swords we better make sure we get all those damned ugly heads off at the same time and together or that bad b*tch is just going to keep on coming at us.

Yes, we need to take off our blinkers – listen to Kimberlé Crenshaw talk Intersectional Feminism and its now many forms. Every woman’s experience is different yet linked, as is every female cause. As women of certain privilege we need to be repeatedly reminded that our experiences of womanhood are not the same: some are simply a lot worse than we could ever imagine.

As a woman I have faced my fair share of prejudice and harassment, particularly early on in my career. Hands on my bottom in meetings, mansplained to within an inch of my patience breaking, being asked (and refusing) to serve clients because ‘it would look better’ than men my junior delivering a cup of tea.

I was always judged as a woman before I had the chance to actually DO any business. On my dress, my weight, my age, my children or lack thereof and constantly having to prove I could do my job as well – or better than – men.

But that’s about it. I can well imagine that as a non-white woman, the colour of my skin would have been noticed before anyone gave a passing thought to my vagina ownership.

The danger is, we throw our baby out with the bath water. There is surely no malice intended by anyone who gives their energy to fight for people’s rights, but omission is still a cardinal sin we can’t afford to commit. And yet we need to open the conversation and our ears without dragging our feminism into mud-slinging and lo and behold They were right all along: we are nasty, competitive felines at heart.

We cannot win the equality war without women like Anna fighting battles for flexible working, or those fighting racism, for 50:50 representation in Parliament, equal representation in Boardrooms, filling the pipeline to it, protecting vulnerable female workers, mentoring girls in school and on…and on.

So here’s hoping we can have this conversation with kindness and compassion and knowing that we are all Doing Our Best. There is nothing worse than giving your heart and soul and energy to something you care about so much and getting it varying degrees of wrong. Ask any parent.

Let’s not ignore what we, collectively as women and indeed anyone identifying as feminist are all trying to do here. 2018 really should be ours. And I for one look forward to the day we are sitting round the world’s biggest boardroom, together, running the world as only we could. 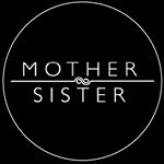